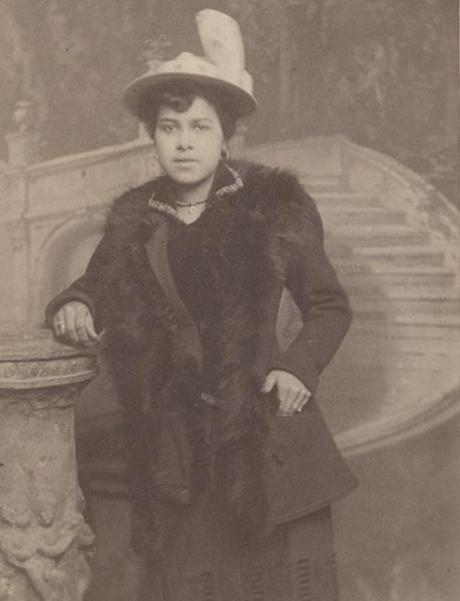 An all-star volunteer at work recently sent me the print version of this Boston Globe article from this fall called ‘Kittie Knox: Pluck on Wheels.’ In recent years there has been a renaissance of bike organizers talking about Annie Londonderry as a trail-blazing cyclist: the first woman to ‘ride’ around the world (I say ‘ride’ and not ride because it’s well documented that she didn’t really ride the whole way – but that is besides the point). But this article about Kittie Knox profiles a little-known barrier-breaking cyclist.

Knox, a seamstress born in 1874 to a free black father and a white mother, became a prominent and accomplished cyclist by the 1890s in Boston. But her mixed racial heritage raised eyebrows, as did her insistence on riding a man’s bike and wearing pantaloons of her own design instead of the long, heavy skirts prescribed by Hopkins and her ilk.

The article talks about her various accomplishments racing in the 1890s, and the uproar she started within the National League of American Wheelmen. It’s definitely worth checking out the article, and learning a bit about this little known piece of biking history.

About Woman on a Wheel

I'm a urban cyclist, traveller, bike polo player, and community organizer. I'm interested in how WTF (women/trans/femme) cyclists are personally, politically, and economically empowered through biking. This blog chronicles my experiences as a cyclist, my travels exploring other cycling cultures throughout the world, and links and videos of other things related to gender and biking.

I update the blog on Tuesdays, Thursdays, and Saturdays with occasional bonus posts in between!